Eliza and Andy first met in 2014, when Andy took Eliza's senior year roommate on a date. Who knew they would reconnect two short years later?! During the early stages of their relationship, Andy and Eliza were traveling back and forth between Greenville (Andy’s residence) and Charleston (Eliza’s residence). They spent many weekends on Sullivan’s Island at the beach or going to Columbia for USC football games. After a few months, Eliza had the opportunity to relocate with her job to Greenville, and Andy helped her move and settle in. On the evening of November 17, 2017, Eliza was making her way home from work...little did she know her life was about to change completely. As Eliza opened the door, her dog Milly came to greet her. A few belly scratches later, she stood up and noticed that there were red roses on the kitchen counter, along with two filled glasses of champagne and two pictures of she and Andy in frames. As Eliza started to look around, Andy came and got down on one knee and asked her to marry her. Crying like a baby Eliza gave him a big hug and kiss and said YES! Andy then surprised Eliza again by having all of their friends surprise them at UP on the Roof for drinks. They celebrated with their closest friends, wishing the magical night would never end.

As Eliza planned for the big day she always envisioned herself in a princess poofy dress. She wanted to be in a classic Jackie O, Kate Middleton, Grace Kelly style dress. When she took her family to the White Magnolia to go dress shopping, she spotted the perfect looking dress. It had the lace and ballgown feature with a modern open back. As soon as she slipped on the Tara Keely dress she new it was the one! She also knew that it would be the perfect dress to go with the custom lace veil she wanted. The veil was constructed by a local women in Greenville who had been making veils for over 40 YEARS! She took the lace off the dress that her grandmother and mother wore and put it on the veil and made it long and absolutely gorgeous. For months, Eliza would slip on the dress, because she was so giddy with excitement.

Eliza and Andy were married on March 2, 2019 in Greenville, South Carolina. The day started off the day at bride's aunt’s home in Greenville, SC. The girls celebrated in their matching pajamas taking turns getting their makeup and hair done while drinking bubbly around the fire! After the bridal party finished getting ready, they then made there way to Christ Church Episcopal for pictures.

Before the wedding party arrived the bride had not one...but TWO first looks. The first one was with her father, and the picture included shows the pure emotion a father has for his daughter. After the first look with her father, she then shared one with her now husband. Let's just say the six foot two man can cry like a baby. As soon as the groom saw his bride he rushed into her arms and proceeded to bawl like a baby. After the first looks the wedding party came together and took pictures and then at the stroke of six, the wedding began in the church. Christ Church Episcopal is a beautiful old Greenville church, and with the stain-glass and pew torches lit, the ceremony was beautiful.

After the ceremony everyone was whisked away to Larkins Saw Mill on North Main for the reception. The party was lit with good food and the best band! At the very end of the reception the band asked the bride and groom to air guitar to Bon Jovi's song "Living on a Prayer." It was the highlight of the evening! 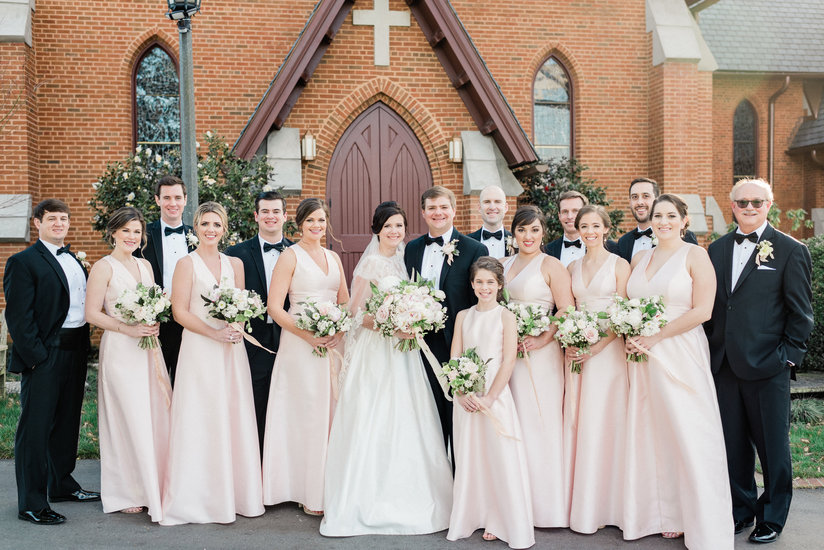 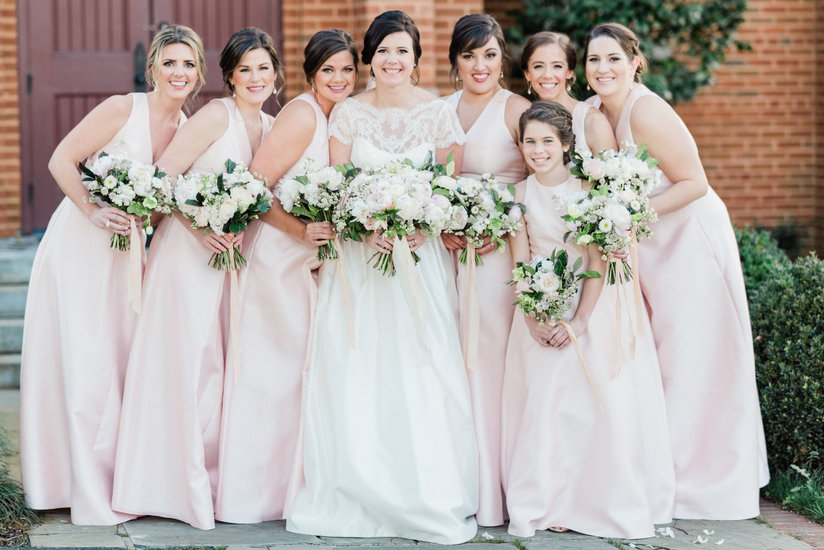 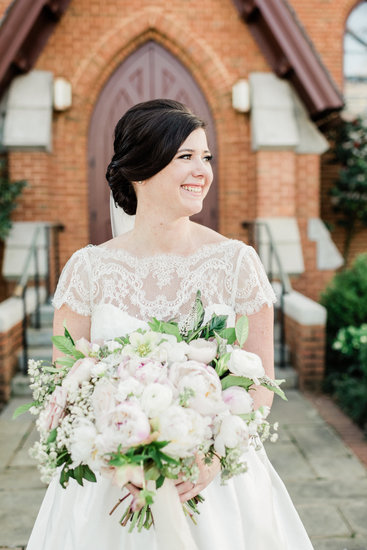 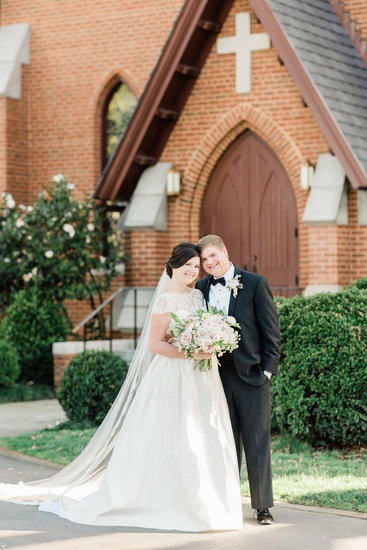 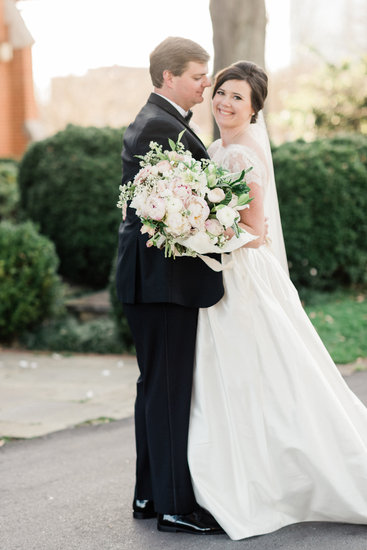 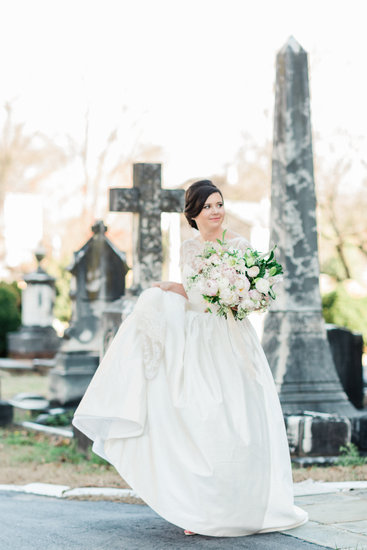 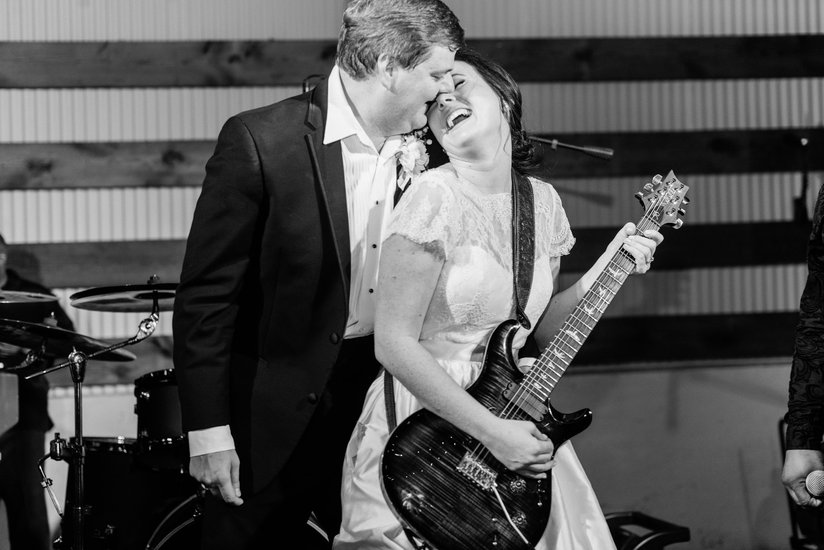 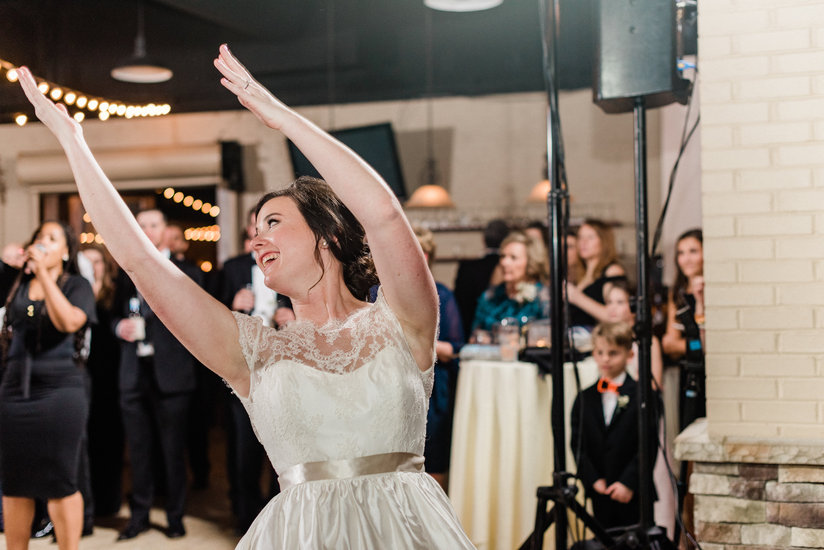 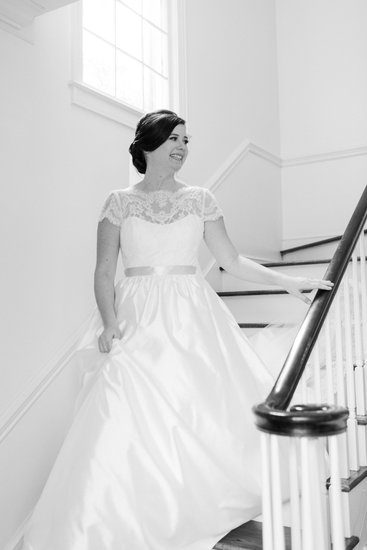 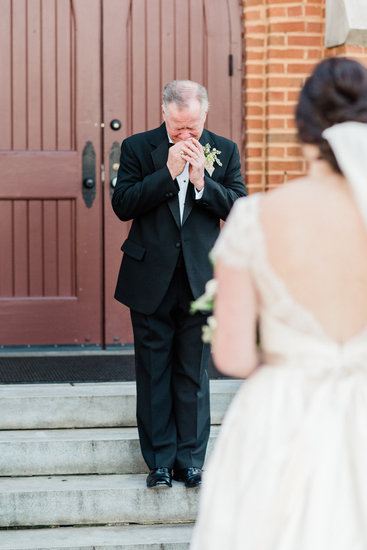