The two struck up a friendship at first, bonding over their mutual love for Parks and Recreation and inappropriate puns. Months of late night Facebook chats and incessant flirting later, they both finally clued in that this was more than friendship. Should Jil have picked up on it when Shaun turned down a night out with his friends to help her finish putting together a magazine he had no ties to at all? Probably. But they got there eventually.

In January of 2014, they both attended a house party before an 80s themed night out, had some drinks and held hands. This is a PG love story. In February, they had their first date night, again with plenty of hand holding. At the end of the night Shaun grabbed Jil’s hand and said “So, this is a thing.” A week later he casually referred to Jil as his girlfriend and she fled the country. (For a family vacation - not a quarter life crisis).

Jil and Shaun have been together ever since. They’ve both become lawyers, and have adopted a dog name Freddie that they insist is “really great once he gets to know you.” In July of last year, Shaun popped the question and Jil said yes immediately. They continue to grow together, and despite how much they may have changed over the past four and a half years, there’s still no place they’d rather be than on the couch together watching Parks and Recreation reruns. 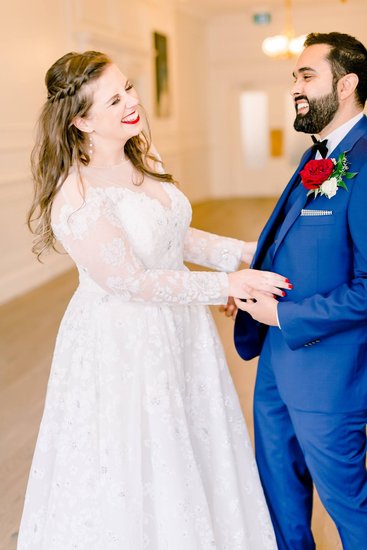